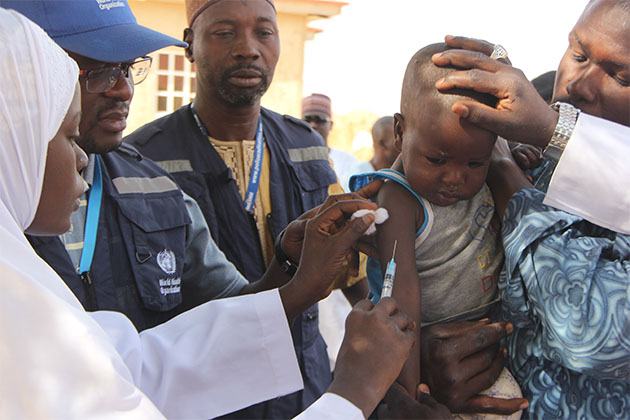 Yellow fever is a life-threatening viral disease endemic to tropical regions of Africa and the Americas. The vaccine against yellow fever is regarded as highly efficacious, and the World Health Organization recommends since 2013 a single dose for life-long protection. In endemic countries, infants aged 9–12 months form the main target of routine yellow fever vaccination. We studied two groups of children from Mali and Ghana previously immunized against yellow fever around age 9 months, and show that vaccine-induced neutralizing antibodies waned within a few years in a large percentage of the children. This represents a less favourable long-term outcome compared to vaccination at a later age. The possible need for a booster shot in those initially immunized as infants will need to be considered in drawing up future recommendations for routine yellow fever vaccination.